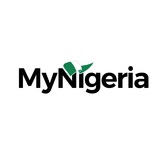 Dear MyNigeria reader, We hope you had a wonderful Christmas celebration. Indeed, the year 2020 is fi